What do you get when you combine an ancient board game with electronic music production? A lot of fun!

As part of our ongoing series of informal experiments in tangible music, Kristian Gohlke from the bauhausinteraction group teamed up with Michael Hlatky from Native Instruments and went to Tokyo and to build a tangible musical instrument that uses a Go-board (Japanese: 囲碁 / “Igo”) and some computer vision as a user interface.

Here is a quick video:

More information and pictures below the break…

Update: here is an article in the German version of Make Magazine.

An industrial camera and computer-vision algorithms are used to detect unmodified go-stones on the go-board.The position and color of the stones on the board is analyzed in software and used to control NI MASCHINE as a sound generator. Sounds and effect parameters can be temporarily muted and unmuted by covering parts of the board during live performances.

Different areas on the go-board control different aspects of the sound:

– A 16×16 grid (top left) can be used to create drum patterns (black stones) or play notes on a synthesizer (white stones). The horizontal axis represents time (16th notes), the vertical axis is associated to musical notes on a japanese scale for the white stones, or to a set of drum-sounds for the black stones.

– The 16×3 grid below (bottom left) is used to trigger notes on a bass-synthesizer.

– Two 3×8 grids (top and middle right) enable control over six parameters such as the length of the synthesizer notes, audio effects and filters.

Special thanks to Morley Robertson for sharing a fun time on the go-board!

Filmed at a point where the image recognition got a bit wonky because the sun just went down and we hadn’t recalibrated the thing. But you get the idea. 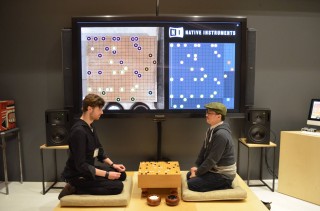 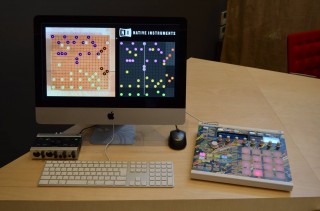 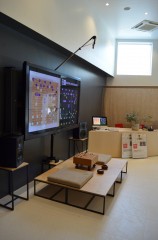 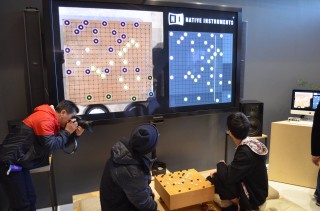 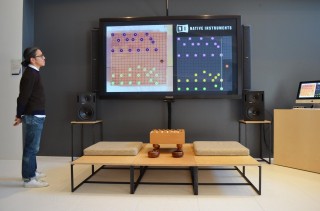 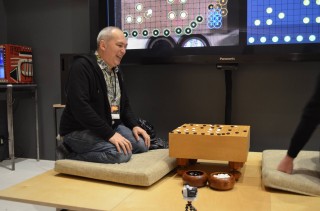 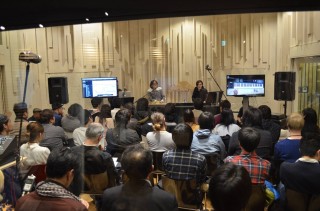 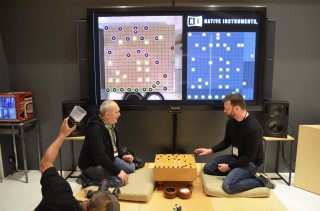