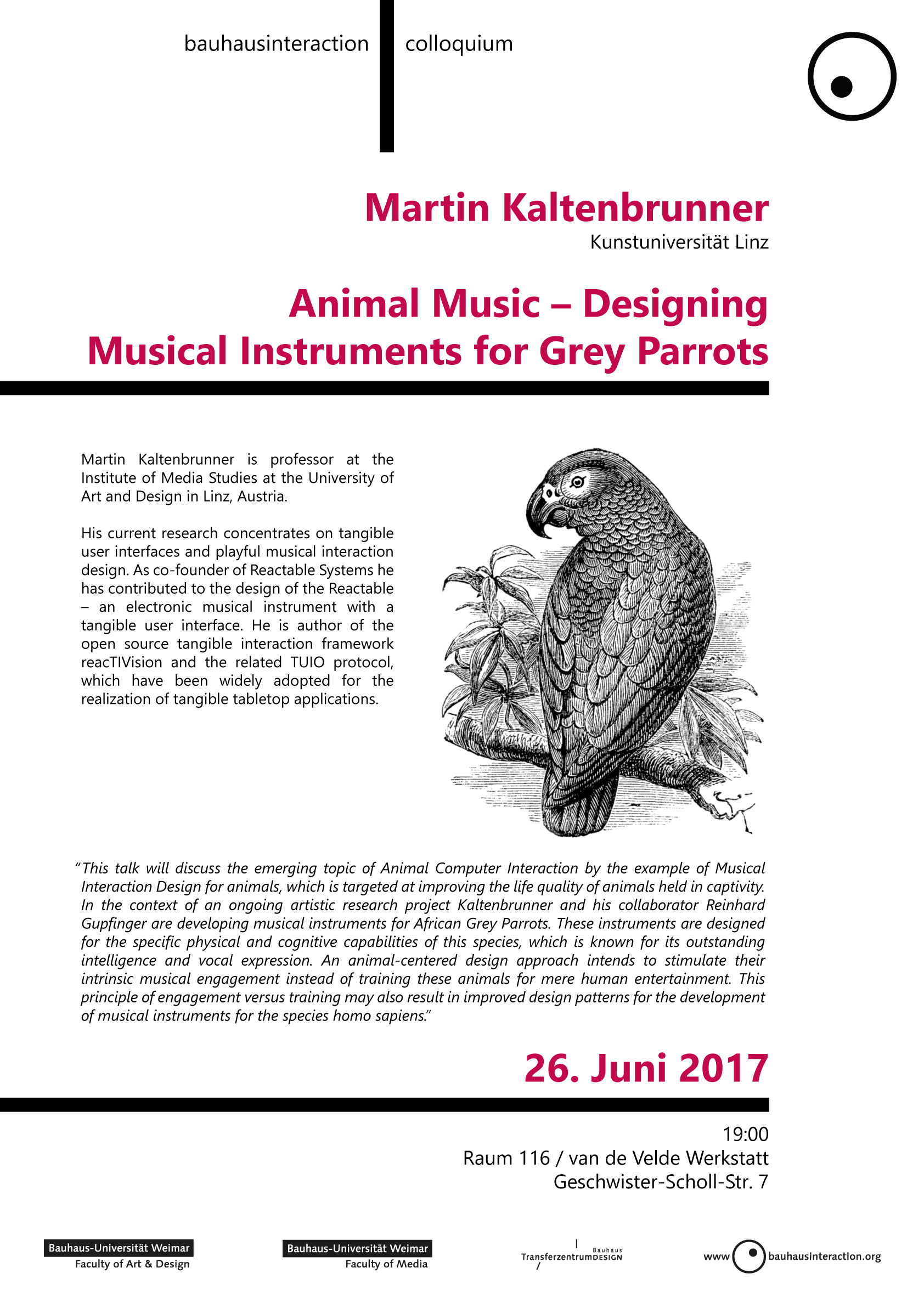 Martin Kaltenbrunner is professor at the Institute of Media Studies at the University of Art and Design in Linz, Austria.

He is author of the open source tangible interaction framework reacTIVision and the related TUIO protocol, which have been widely adopted for the realization of tangible tabletop applications.

“This talk will discuss the emerging topic of Animal Computer Interaction by the example of Musical Interaction Design for animals, which is targeted at improving the life quality of animals held in captivity. In the context of an ongoing artistic research project Kaltenbrunner and his collaborator Reinhard Gupfinger are developing musical instruments for African Grey Parrots. These instruments are designed for the specific physical and cognitive capabilities of this species, which is known for its outstanding intelligence and vocal expression. An animal-centered design approach intends to stimulate their intrinsic musical engagement instead of training these animals for mere human entertainment. This principle of engagement versus training may also result in improved design patterns for the development of musical instruments for the species homo sapiens.”