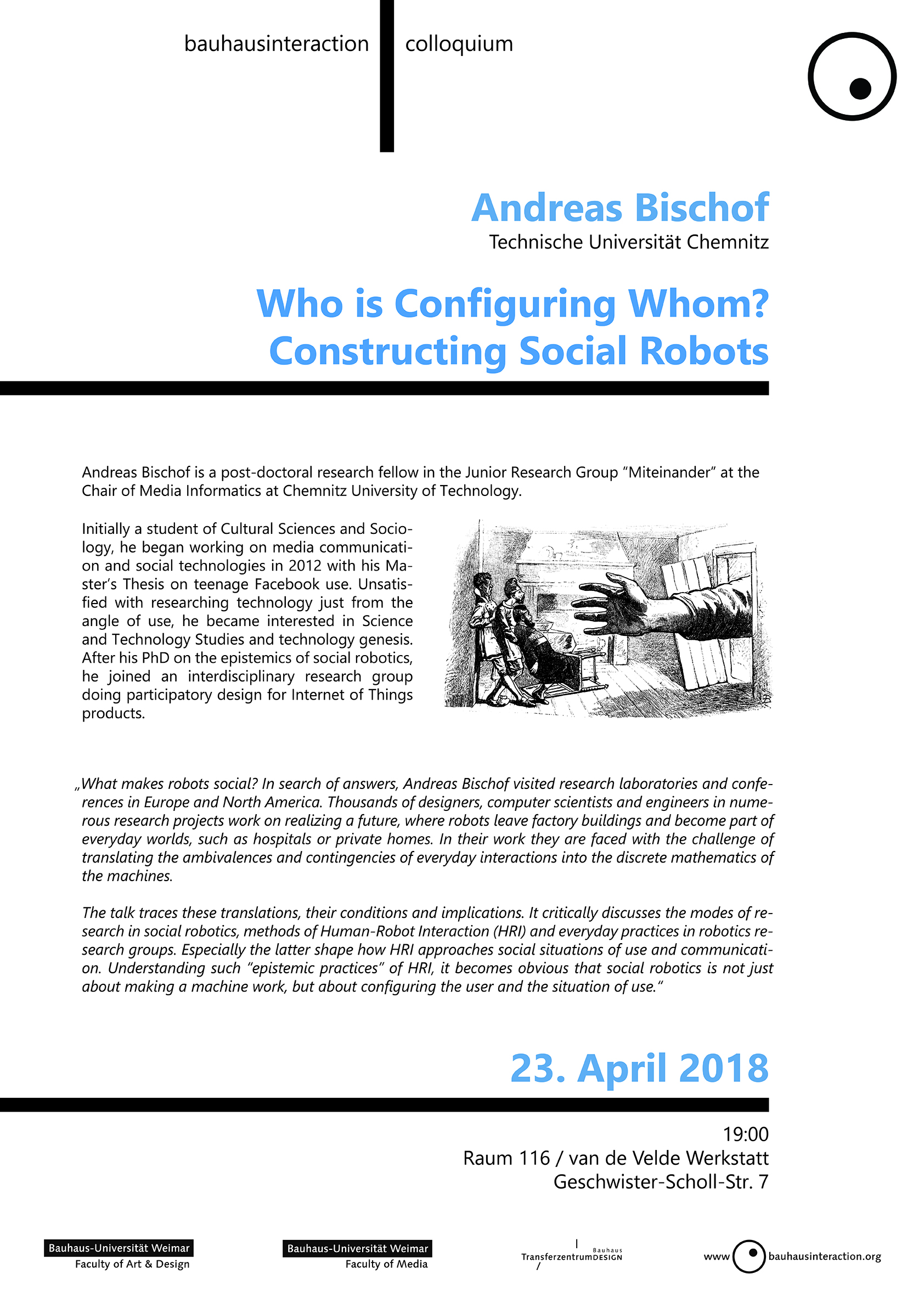 Andreas Bischof is a post-doctoral research fellow in the Junior Research Group “Miteinander” at the Chair of Media Informatics at Chemnitz University of Technology. Initially a student of Cultural Sciences and Sociology, he began working on media communication and social technologies in 2012 with his Master’s Thesis on teenage Facebook use. Unsatisfied with researching technology just from the angle of use, he became interested in Science and Technology Studies and technology genesis. After his PhD on the epistemics of social robotics, he joined an interdisciplinary research group doing participatory design for Internet of Things products.

„What makes robots social? In search of answers, Andreas Bischof visited research laboratories and conferences in Europe and North America. Thousands of designers, computer scientists and engineers in numerous research projects work on realizing a future, where robots leave factory buildings and become part of everyday worlds, such as hospitals or private homes. In their work they are faced with the challenge of translating the ambivalences and contingencies of everyday interactions into the discrete mathematics of the machines.
The talk traces these translations, their conditions and implications. It critically discusses the modes of research in social robotics, methods of Human-Robot Interaction (HRI) and everyday practices in robotics research groups. Especially the latter shape how HRI approaches social situations of use and communication. Understanding such “epistemic practices” of HRI, it becomes obvious that social robotics is not just about making a machine work, but about configuring the user and the situation of use.

Andreas Bischof
Who is Configuring Whom? Constructing Social Robots