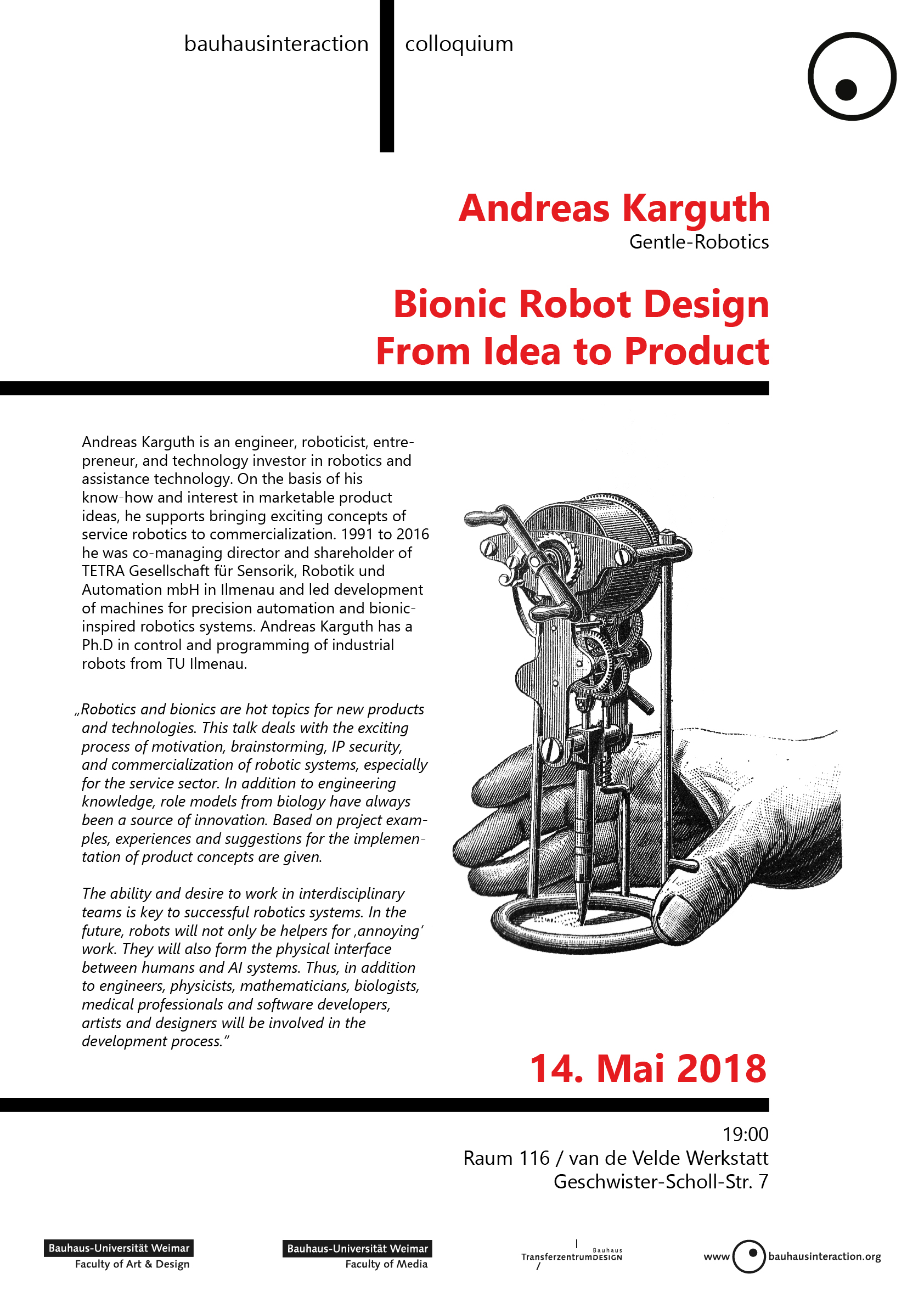 Andreas Karguth is an engineer, roboticist, entrepreneur, and technology investor in robotics and assistance technology. On the basis of his know-how and interest in marketable product ideas, he supports bringing exciting concepts of service robotics to commercialization. 1991 to 2016 he was co-managing director and shareholder of TETRA Gesellschaft für Sensorik, Robotik und Automation mbH in Ilmenau and led development of machines for precision automation and bionic-inspired robotics systems. Andreas Karguth has a Ph.D in control and programming of industrial robots from TU Ilmenau.

“Robotics and bionics are hot topics for new products and technologies. This talk deals with the exciting process of motivation, brainstorming, IP security, and commercialization of robotic systems, especially for the service sector. In addition to engineering knowledge, role models from biology have always been a source of innovation. Based on project examples, experiences and suggestions for the implementation of product concepts are given.

The ability and desire to work in interdisciplinary teams is key to successful robotics systems. In the future, robots will not only be helpers for “annoying” work. They will also form the physical interface between humans and AI systems. Thus, in addition to engineers, physicists, mathematicians, biologists, medical professionals and software developers, artists and designers will be involved in the development process.”