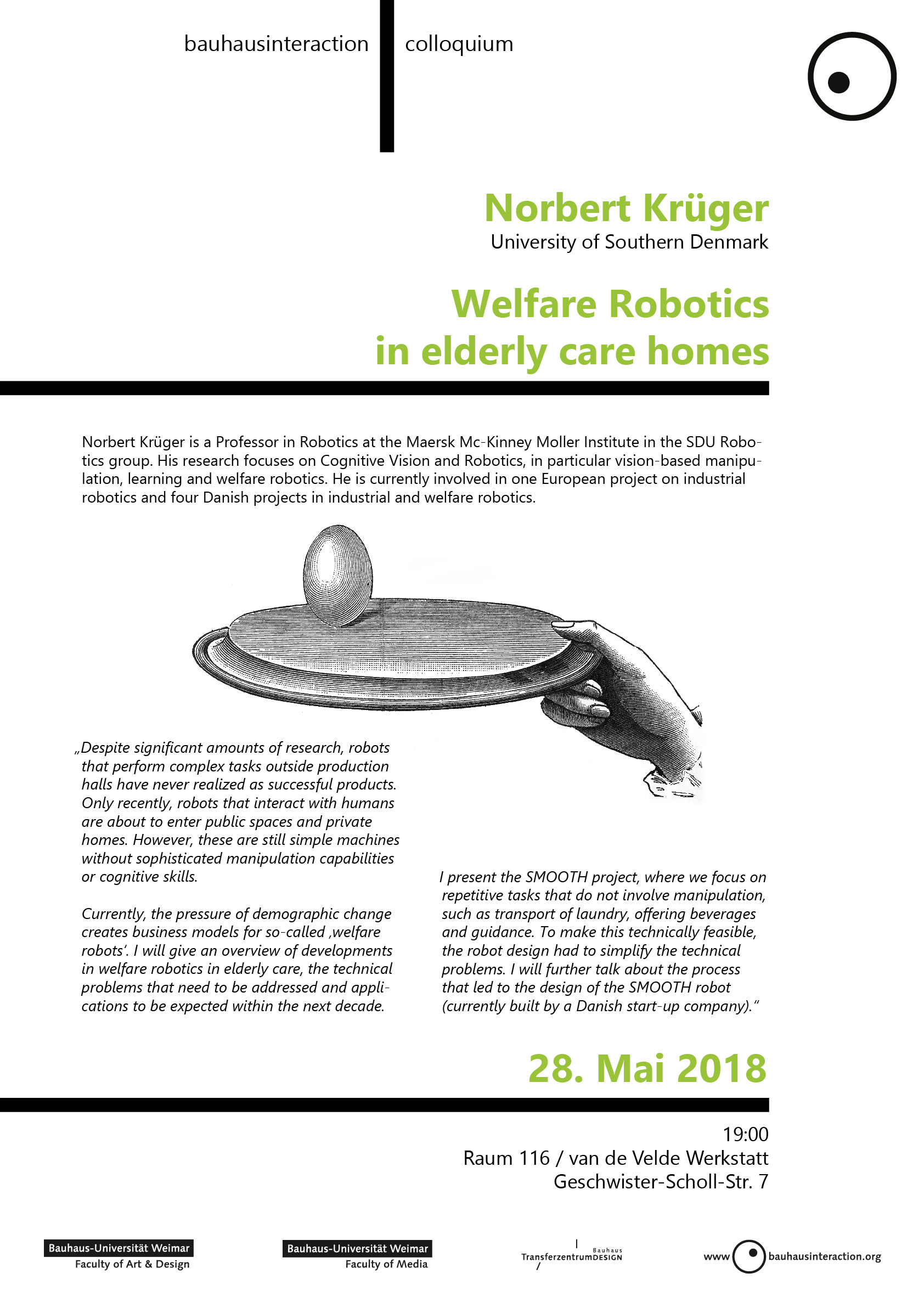 Norbert Krüger is a Professor in Robotics at the Maersk Mc-Kinney Moller Institute in the SDU Robotics group. His research focuses on Cognitive Vision and Robotics, in particular vision-based manipulation, learning and welfare robotics. He is currently involved in one European project on industrial robotics and four Danish projects in industrial and welfare robotics.

“Despite significant amounts of research, robots that perform complex tasks outside production halls have never realized as successful products. Only recently, robots that interact with humans are about to enter public spaces and private homes. However, these are still simple machines without sophisticated manipulation capabilities or cognitive skills.

Currently, the pressure of demographic development creates business models for so-called “welfare robots”. I will give an overview of developments in welfare robotics in elderly care, the technical problems that need to be addressed and applications to be expected within the next decade. I present the SMOOTH project (smooth-robot.dk), where we focus on repetitive tasks that do not involve manipulation, such as transport of laundry, offering beverages and guidance. To make this technically feasible, the robot design had to simplify the technical problems. I will further talk about the process that led to the design of SMOOTH robot (currently built by a Danish start-up company).”