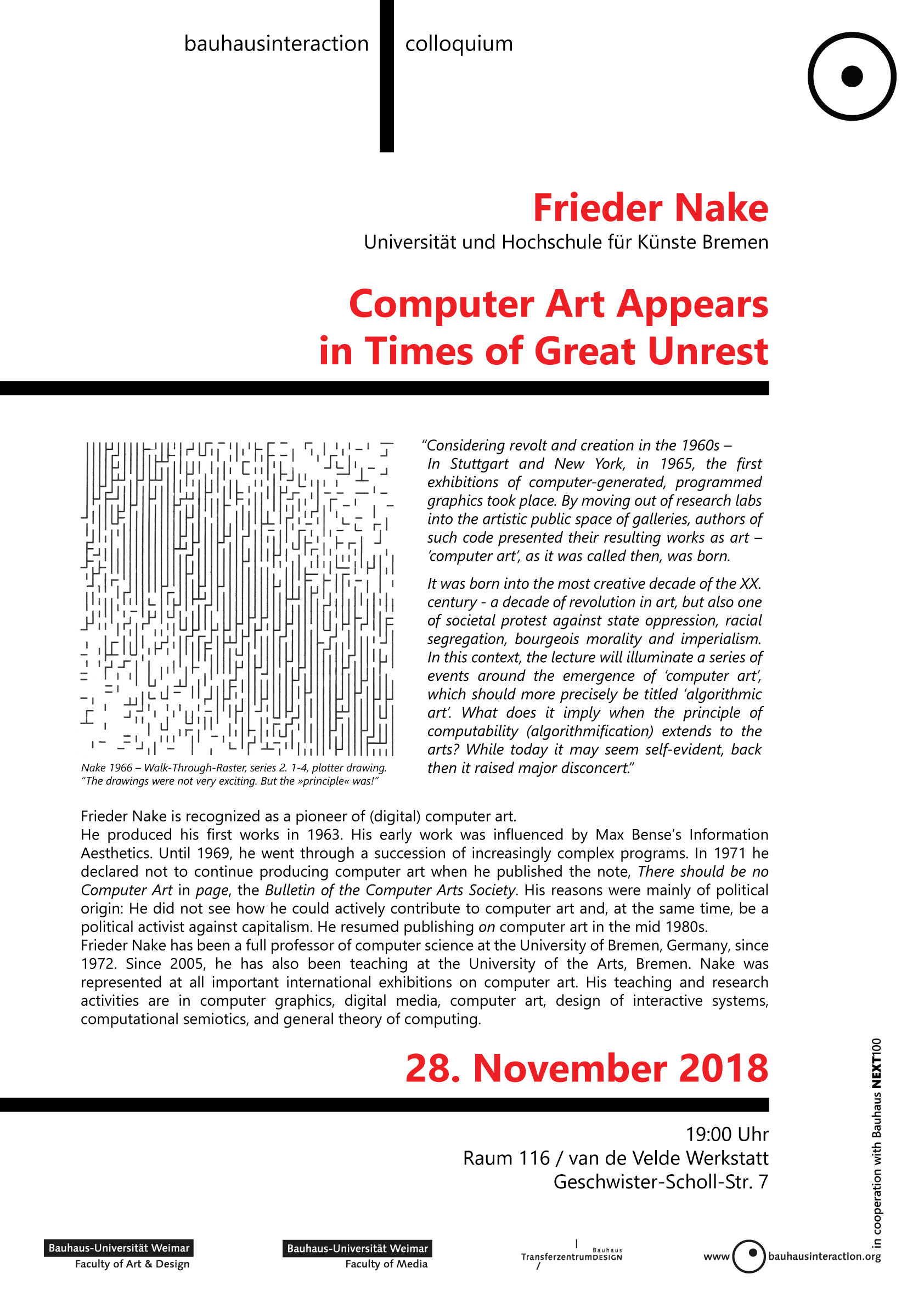 Frieder Nake is recognized as a pioneer of (digital) computer art. He produced his first works in 1963. His early work was influenced by Max Bense’s Information Aesthetics. Until 1969, he went through a succession of increasingly complex programs. In 1971 he declared not to continue producing computer art when he published the note, There should be no Computer Art in page, the Bulletin of the Computer Arts Society. His reasons were mainly of political origin: He did not see how he could actively contribute to computer art and, at the same time, be a political activist against capitalism. He resumed publishing on computer art in the mid 1980s. Frieder Nake has been a full professor of computer science at the University of Bremen, Germany, since 1972. Since 2005, he has also been teaching at the University of the Arts, Bremen. Nake was represented at all important international exhibitions on computer art. His teaching and research activities are in computer graphics, digital media, computer art, design of interactive systems, computational semiotics, and general theory of computing.

“Considering revolt and creation in the 1960s – In Stuttgart and New York, in 1965, the first exhibitions of computer-generated, programmed graphics took place. By moving out of research labs into the artistic public space of galleries, authors of such code presented their resulting works as art – ‘computer art’, as it was called then, was born. 
It was born into the most creative decade of the XX. century – a decade of revolution in art, but also one of societal protest against state oppression, racial segregation, bourgeois morality and imperialism. In this context, the lecture will illuminate a series of events around the emergence of ‘computer art’, which should more precisely be titled ‘algorithmic art’. What does it imply when the principle of computability (algorithmification) extends to the arts? While today it may seem self-evident, back then it raised major disconcert.” 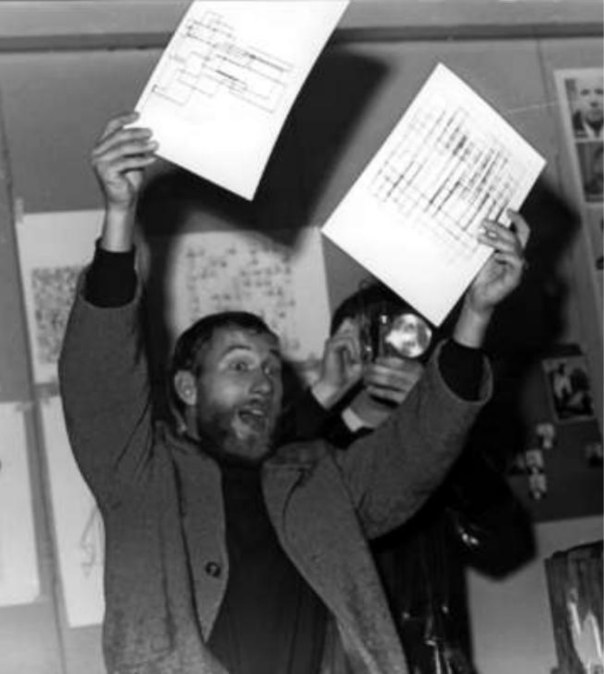 Frieder Nake with his works of art, Stuttgart 1966 (Private Photo of Frieder Nake, 1966)

This talk is part of the Bauhausinteraction Colloquium in cooperation with: