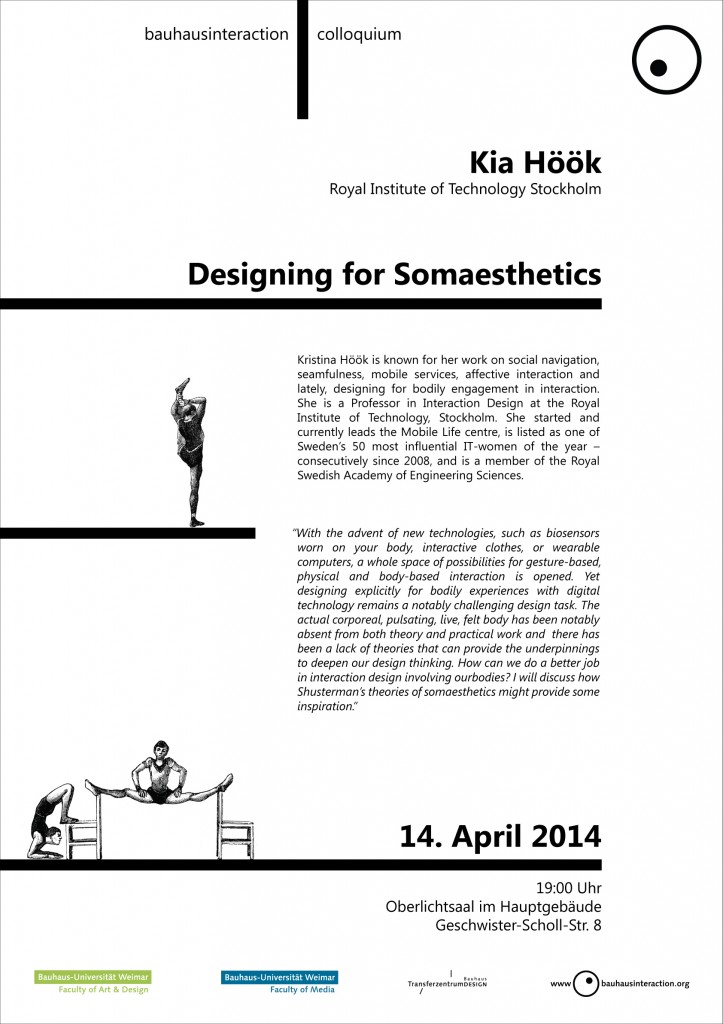 Kristina Höök is known for her work on social navigation, seamfulness, mobile services, affective interaction and lately, designing for bodily engagement in interaction. She is a Professor in Interaction Design at the Royal Institute of Technology, Stockholm. She started and currently leads the Mobile Life centre, is listed as one of Sweden’s 50 most influential IT-women of the year – consecutively since 2008, and is a member of the Royal Swedish Academy of Engineering Sciences.

“With the advent of new technologies, such as biosensors worn on your body, interactive clothes, or wearable computers, a whole space of possibilities for gesture-based, physical and body-based interaction is opened. Yet designing explicitly for bodily experiences with digital technology remains a notably challenging design task. The actual corporeal, pulsating, live, felt body has been notably absent from both theory and practical work and there has been a lack of theories that can provide the underpinnings to deepen our design thinking. How can we do a better job in interaction design involving ourbodies? I will discuss how Shusterman’s theories of somaesthetics might provide some inspiration.”